Making sense of the information explosion 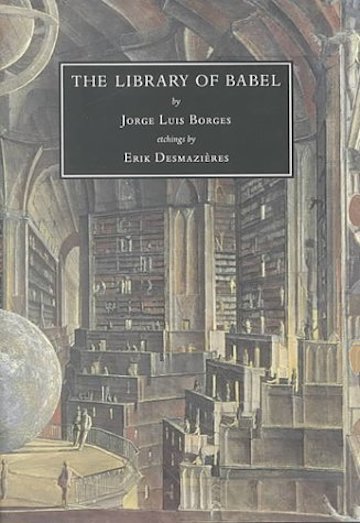 Writing in The Irish Times in 2017, Peter Lynch, Professor Emeritus at University College Dublin, made the following observation about libraries, information, and Luis Borges:

"Borges’ Library of Babel comprises a gigantic collection of books, each having 410 pages, with 40 lines on each page and 80 characters on each line. Thus, there are 410 x 40 x 80 = 1,312,000 characters in each book. The library contains every possible book of this form, that is, one book with each of the possible orderings of the characters. Borges used an alphabet of 25 letters, so the total number of books is 25 raised to the power 1,312,000. This corresponds approximately to two followed by 1.8 million zeros, an unfathomable number. No matter if a book is lost: there are more than 30 million others that differ from it by only a single character."

"The story contains many of the signature themes of Borges: infinity, paradox, labyrinth, and self-referential reasoning. A library with all possible books arranged randomly is essentially useless, as valid information is swamped by multitudinous tomes of gibberish. The order of the books is random and a catalogue of the Library would be of complexity and extent comparable to the Library itself. The librarians have an unenviable – and essentially impossible – task."

The internet has expanded by a factor of a thousand since the beginning of the millennium and more then half the world population is now online. As data volumes continue to grow, ever-smarter mathematical filtering algorithms are needed to prevent information overload or “data deluge” and to avoid the noisy nightmare imagined by Borges."

The Kitanov Model for Finding Information about College Major Fields

Purpose of this LibGuide