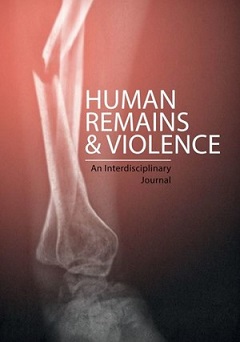 This article utilizes the theoretical perspectives of the forensic turn to further expand our historical understandings and interpretations of the events of the Holocaust. More specifically, it applies a theory of the materialities of dead bodies to historically reconstruct and reinterpret the death march from Buchenwald to Dachau from 7 to 28 April 1945. It focuses on dead bodies as ‘evidence’, but explores how the evidential meanings of corpses along the death-march route evolved and changed during the march itself and in the aftermath of discovery by approaching American military forces. While drawing on theories of the evidential use of dead bodies, it remains firmly grounded in empirical historical research based on archival sources. The archives at the Buchenwald Concentration Camp contain eyewitness accounts and post-war trial testimony that enable a deeply contextualized ‘microhistory’ of the geography, movements, perpetrators, victims and events along this specific death march in April and May 1945. This ‘thick description’ provides the necessary context for a theoretical reading of the changing evidential meanings of dead bodies as the death march wove its way from Buchenwald to Dachau and the war and the Holocaust drew to an end.