How to use the microfilm reader/printer.

Is the film showing text backwards?  Just rewind the reel, take it off, turn it around and re-feed it onto the machine.

Can't get view to focus?  Make sure the correct lens is in the machine.  Lenses are labeled for microfilm, microfiche, and ultrafiche.  Microfilm and microfiche use the same lens. 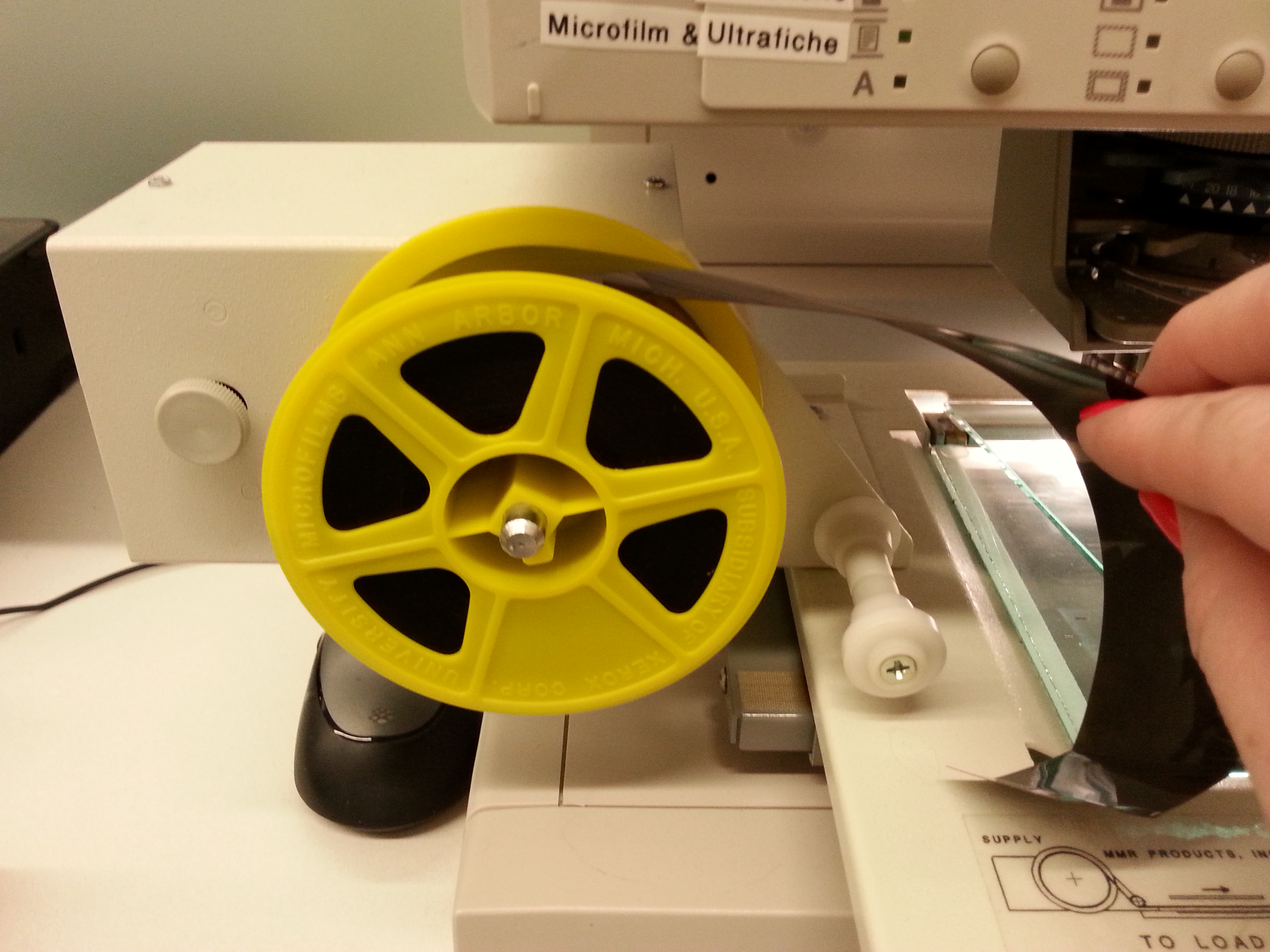 Threading film through feeders and glass 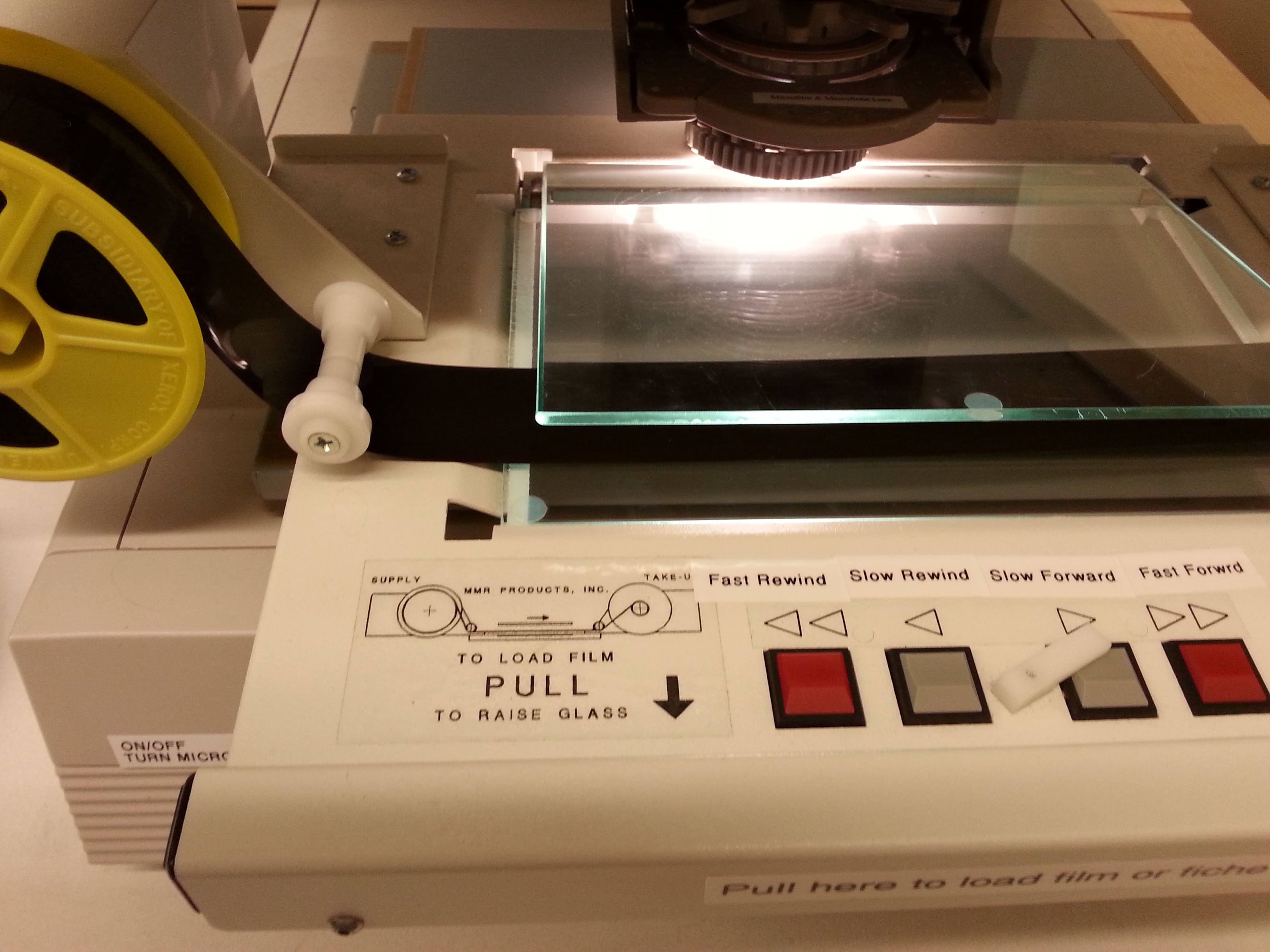 The take up reel

The take up reel: 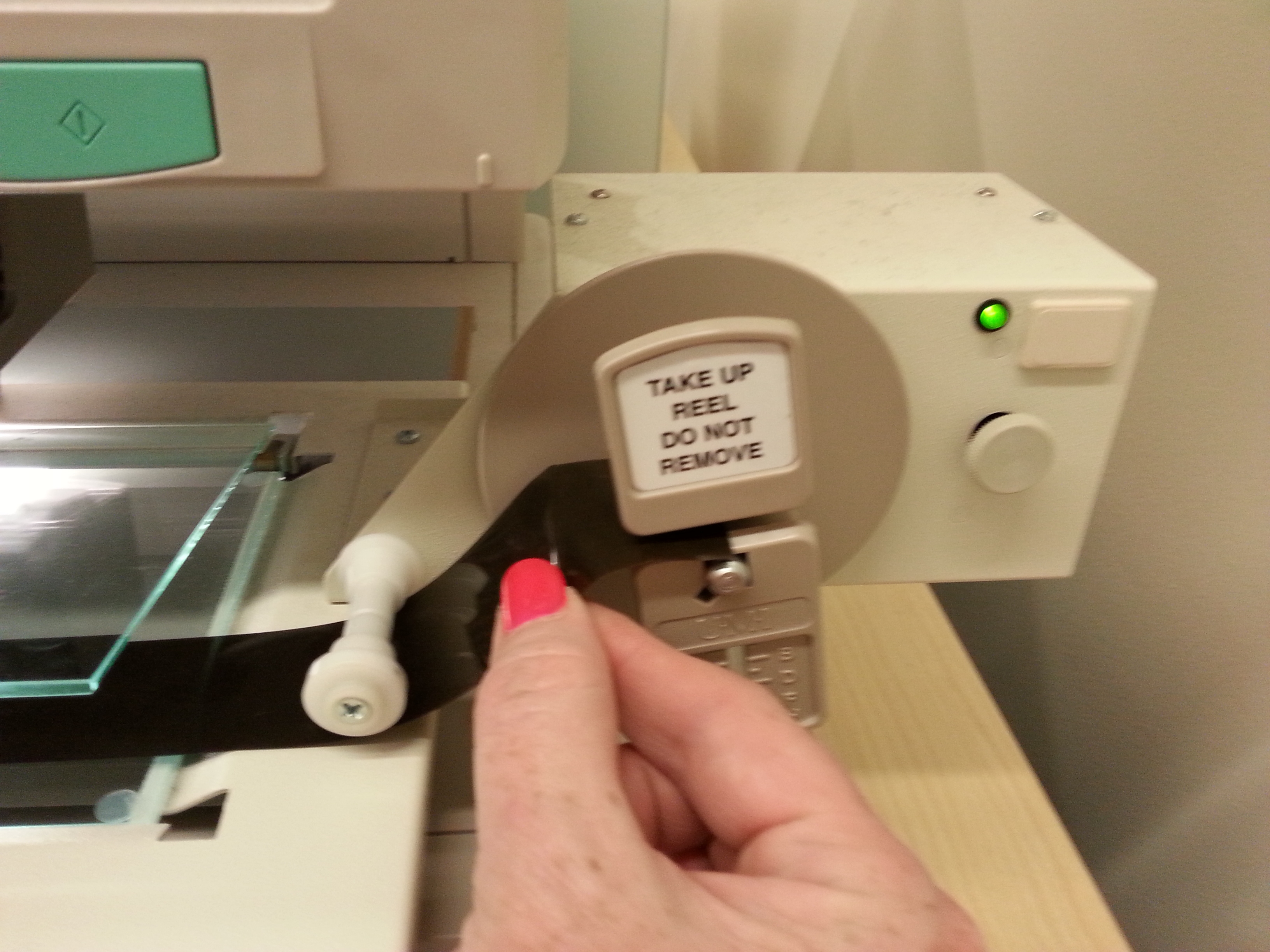 Take up the slack

Once the film is attached to the take up reel, slowly turn the reel clockwise with your hand to begin collecting film on the reel. If the film seems to be feeding unevenly, carefully rewind it using the reel containing the film.  Just gently move the reel counterclockwise until the film releases from the take up reel, and attach it again.  The content at the beginning of the reel is usually blank, or contains publication, or copyright information. 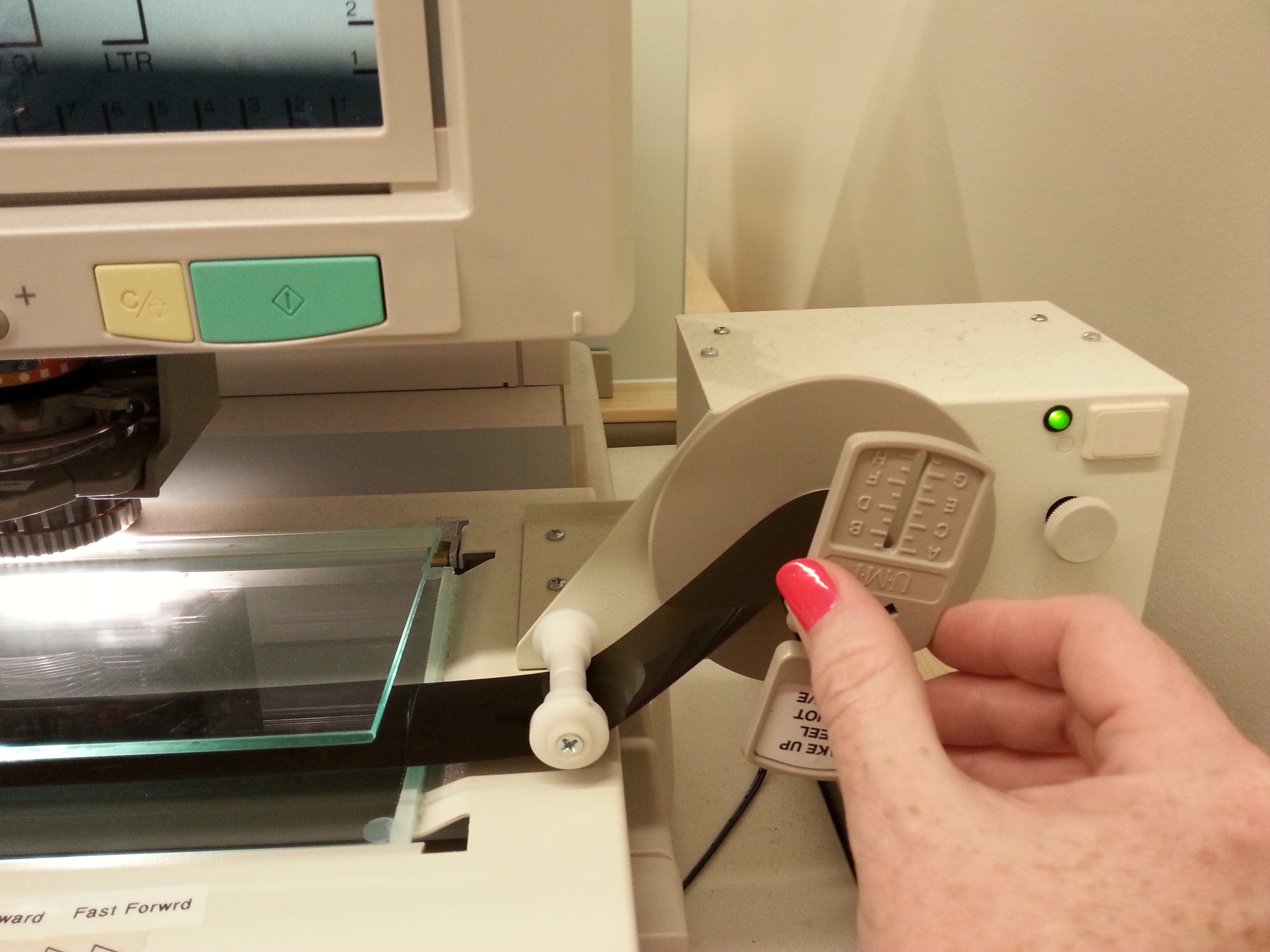 After the film is attached, push the carriage away from you to lower the top layer of glass over the film, and to position the film under the lens for viewing.  Your citation will tell you what date, volume, number, and page numbers you need. Use the red and gray forward and rewind buttons to begin your search.  You may need to scroll and stop frequently to get where you need to be.  Be aware that the nature of microfilm is that an item (journal, newspaper etc.) has been photographed, reduced, and replicated onto film.  If the original was damaged, that damage will remain in the image.  At this point in time, microforms are almost an ancient technology, and as such the actual reels themselves can be decades old.  Film can become scratched, discolored and damaged over time just from age and use.  Perfect copies may not be possible. 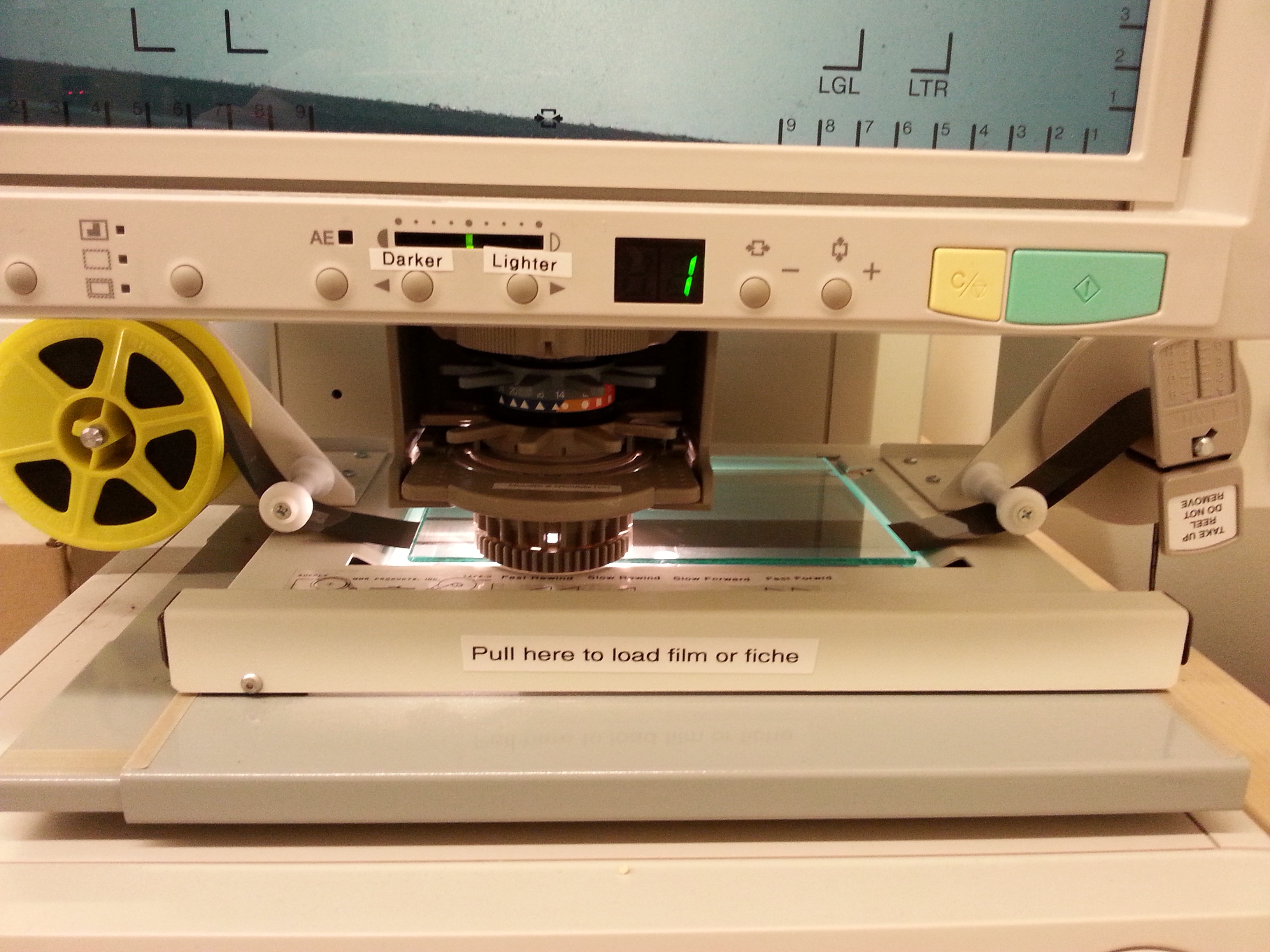 Find what you need 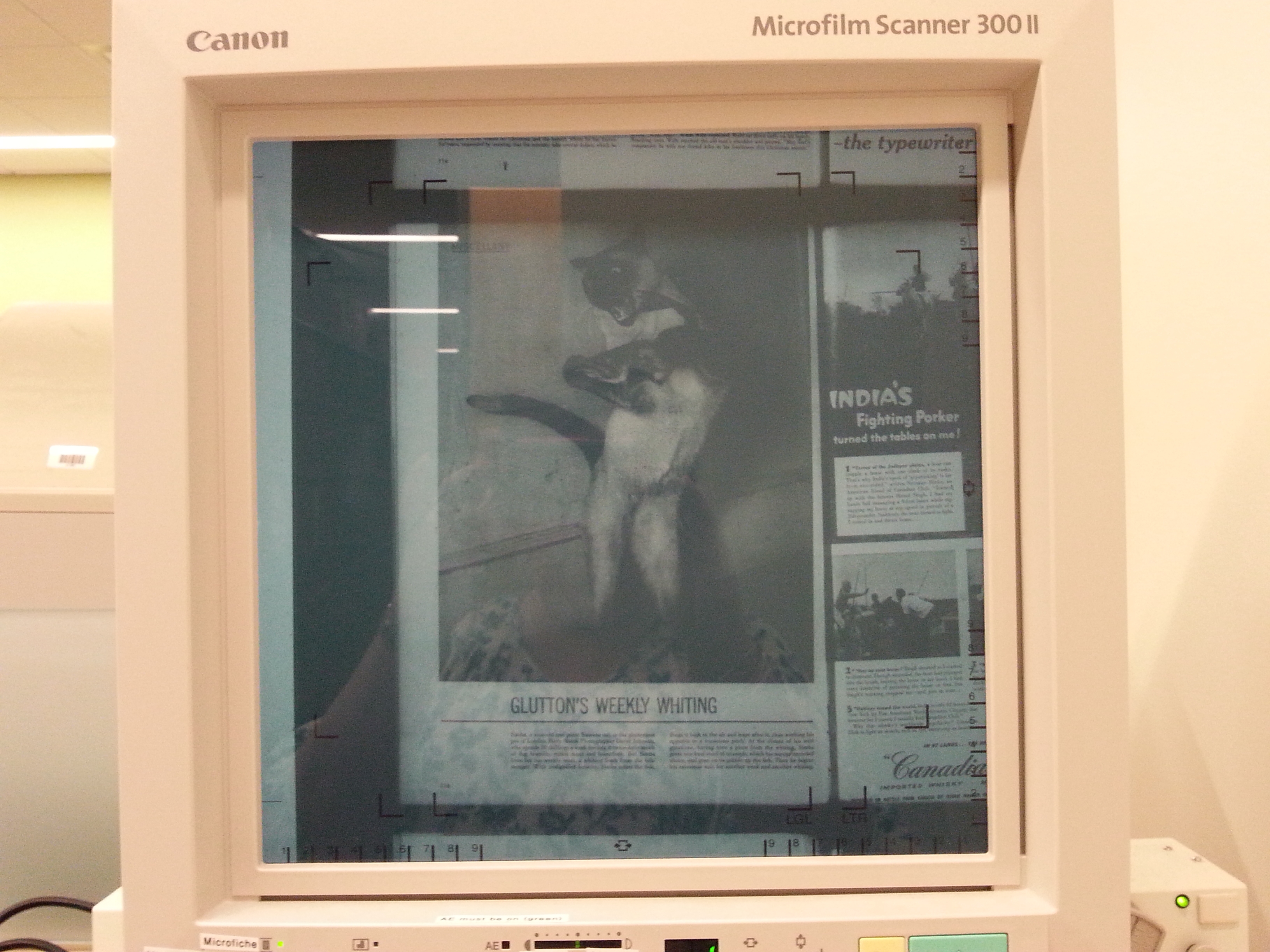 Go to the tab for Using Capture Perfect Software for help with orienting, formatting, scanning and printing from microforms.