The Ends of Kinship: Connecting Himalyan Lives Between Nepal and New York

For centuries, people from Mustang, Nepal, have relied on agriculture, pastoralism, and trade as a way of life. Seasonal migrations to South Asian cities for trade as well as temporary wage labor abroad have shaped their experiences for decades. Yet, more recently, permanent migrations to New York City, where many have settled, are reshaping lives and social worlds. Mustang has experienced one of the highest rates of depopulation in contemporary Nepal—a profoundly visible depopulation that contrasts with the relative invisibility of Himalayan migrants in New York.

Drawing on more than two decades of fieldwork with people in and from Mustang, this book combines narrative ethnography and short fiction to engage with foundational questions in cultural anthropology: How do different generations abide with and understand each other? How are traditions defended and transformed in the context of new mobilities? Anthropologist Sienna Craig draws on khora, the Tibetan Buddhist notion of cyclic existence as well as the daily act of circumambulating the sacred, to think about cycles of movement and patterns of world-making, shedding light on how kinship remains both firm and flexible in the face of migration. From a high Himalayan kingdom to the streets of Brooklyn and Queens, The Ends of Kinship explores dynamics of migration and social change, asking how individuals, families, and communities care for each other and carve out spaces of belonging. It also speaks broadly to issues of immigration and diaspora; belonging and identity; and the nexus of environmental, economic, and cultural transformation. 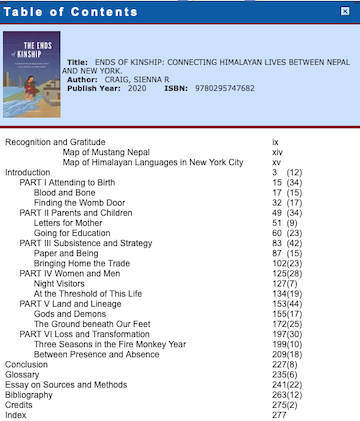 Troubling Borders: An Anthology of Art and Literature by Southeast Asian Women in the Diaspora 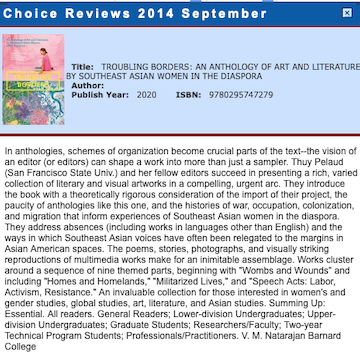